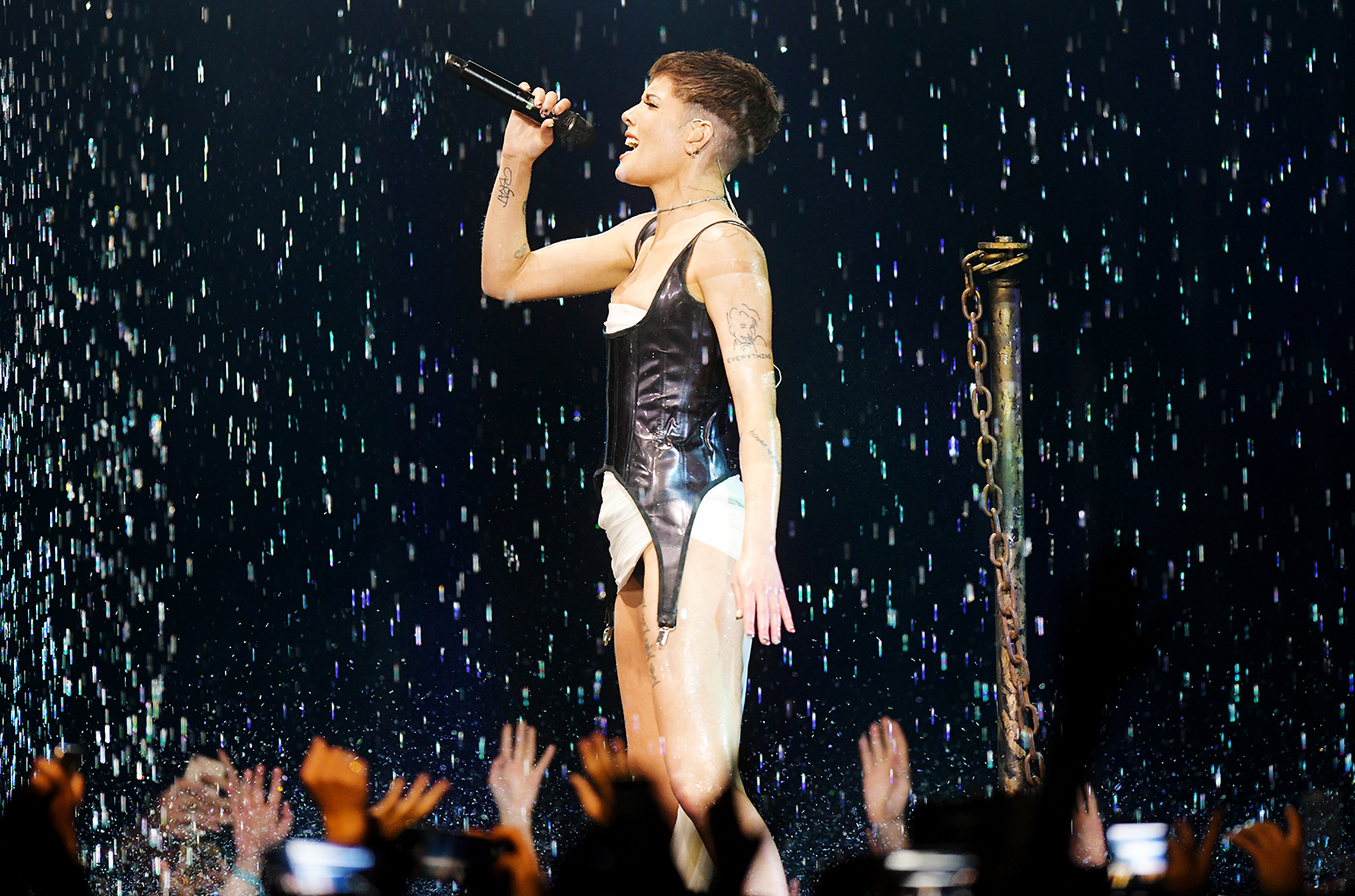 The 2018 MTV EMAs hit Bilbao, Spain, on Sunday, Nov. 4, with host Hailee Steinfeld and a slew of international artists performing. Moving along at a fast-paced clip, the just-over-two-hours show packed in plenty. From Nicki Minaj’s regal opener to Marshmello’s confetti-filled closer, here are the 2018 EMAs performances ranked.

It’s often the lowest point of a TV awards show when they cut out for a pre-recorded, offsite performance — and that was the case at the EMAs when Muse delivered “Pressure” at the San Mames Stadium in a pre-taped bit. While they’re live dynamos, the energy level just doesn’t seem to gel when you cut to a stage outside of an awards show venue.

Scaling the side of the Bilbao Exhibition Centre at the outset of the performance (that bit was pre-recorded), Brendon Urie belted out “High Hopes” during Panic! at the Disco’s EMAs performance of the anthem for dreamers, although his voice — usually a knockout asset — didn’t seem to be at the height of its powers.

10. Marshmello with Anne-Marie and Bastille – “Friends” and “Happier”

As Marshmello tickled the ivories (no small feat under that bucket helmet), Anne-Marie sang their lovely collab “Friends.”After that, the masked DJ sauntered over to Bastille to knock out their EDM-inflected rock anthem “Happier.” Marshmello played percussion at the end, but before that he just kinda wandered around while Bastille performed, which was… a choice.

Who knew we’d get to hear some Andrea Bocelli through the velvety pipes of Jason DeRulo at the 2018 EMAs? Opening with an operatic bit of “Time to Say Goodbye” before re-emerging in a striking suit, DeRulo descended a staircase and flaunted fancy footwork during a highly theatrical performance alongside David Guetta for their collab “Goodbye” — which naturally brought out Nicki Minaj for her fiery verse. There was a lot going on, but it didn’t all necessarily add up.

Jack & Jack rapped their way through their single “Rise” which, fittingly enough, saw them rise into the air and spin around like P!nk x 2 at the EMAs. But they managed to put a distinctive twist on the airborne performance trope; the circular stage/screen below them flashed like a vortex, so as they spun around through the air above it, they appeared to be traveling through some sort of bluish wormhole. At the end, they were joined by a coterie of fans who helped boost the already energetic performance of the admittedly so-so song.

For the night’s most visually ambitious performance, Bebe Rexha employed damn near a hundred dancers for a performance of “I’m a Mess” that took her from a bathtub to the heights of Busby Berkeley-inspired bird’s eye choreo. She might’ve been singing about being a mess, but the expertly executed number was anything but.

Wearing an oversized suit a la David Byrne, Alessia Cara turned out her bouncy single “Trust My Lonely” backed by colorful visuals that exploded around her. Cara is an excellent live vocalist, and she quietly and confidently dominated the stage during the island-flavored track.

Flanked by visor-clad backup dancers, Spanish singer Rosalía brought an arresting visual performance to her home country during the EMAs. If U.S. audiences aren’t all that familiar with her yet, that’ll likely change based on how she owned the stage — not to mention her five Latin Grammy nominations.

It turns out all this time Bumblebee hasn’t been a robot disguised as a car — he’s been twenty different dancers pretending to be a car. Who knew? Okay, maybe not, but when EMAs host Hailee Steinfeld performed “Back to Life,” her song from the upcoming Transformers spinoff Bumblebee, she opened by singing in a car that turned out to be her backup dancers in reflective outfits crouching in the shape of a car. It was a cool visual trick, and her vocals and choreography were impressive throughout.

Live legend Janet Jackson was in fine form, flipping effortlessly through her intense choreography as she sang her excellent new single “Made for Now” and two stone-cold classics, the 2001 Hot 100-topper “All for You” and the No. 2-peaking “Rhythm Nation.”

Halsey got conceptual at the EMAs, performing the emotional “Without Me” while chained down inside a glass cage. If that wasn’t metaphorical enough, she was then drenched in a downpour as she sang her No. 12-peaking (so far) Hot 100 hit. She sounded fantastic, and the visual was one of the night’s most memorable.

At this point, Nicki Minaj has made it clear she’s an awards show all-star — every time she takes the stage at one of these things, she smokes the competition without breaking a sweat. So it was a wise choice to have her open the MTV EMAs, even if that meant everyone who followed had to perform in the Queen’s shadow. After delivering “Good Form” in fine form as sparks rained down, Little Mix came out for their Nicki collab “Woman Like Me,” marking the first time Minaj and the British quartet performed together. 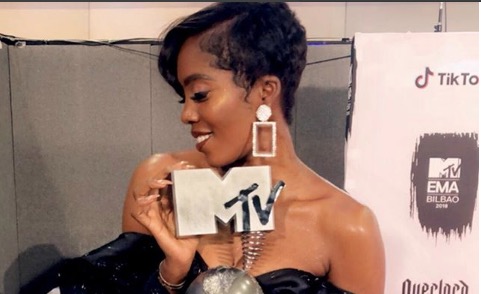