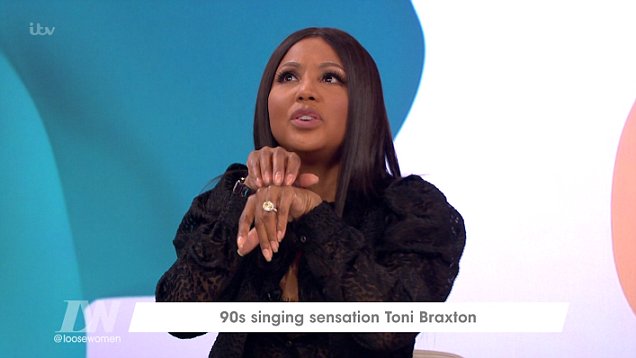 Toni Braxton is making a desperate plea for her stolen engagement ring to be returned – ‘no questions asked’.

The 51-year old singer left one of her bags on a Delta flight on Tuesday. Then after several attempts to get in touch with the airline, she got her bag back – only to find that some of her jewelry was missing, including her prized engagement ring.

‘Feeling back to my old self again, yay!’ Braxton captioned on Instagram Wednesday, along with a picture of her wearing her ring. ‘But I’m sad today my engagement ring is missing but I’m optimistic that someone will find Bonnie and return her home!

It all began when she took a flight from JFK Airport in New York to LAX in Los Angeles on Tuesday.

After realizing that she had mistakenly left her bag on the plane, Braxton shared on Twitter that she found it ‘impossible to get any type of assistance from anyone in the company!’

She added: ‘Can someone let delta know I’m trying to get in contact w/them?I’ve tried to no avail pls help you’re my favorite airlines.’ The initial plea worked. The airline found the bag but most of the jewelry inside it was missing.

‘Whoever BORROWED it…PLEEEASE return it!!!! I promise, no questions asked!’ an emotional Braxton shared in a follow-up tweet.

At this point there’s no telling how much the ring is worth monetarily, but considering that it’s her engagement ring from fiancee Baby aka Birdman, the value is no doubt immeasurable to her. The couple got engaged back in February after dating since April 2016.

During an appearance on The Wendy Williams Show that aired on Tuesday, the Grammy Award-winner showed off her ring, saying of Birdman: ‘He did good right?’

She also talked about their plan to set a wedding date are still in the works, and that their professional commitments and a family situation have delayed the process.

Braxton added that the rapper, whose real name is Bryan Christopher Williams, has implored her to ‘set a date’ for them to exchange their vows. 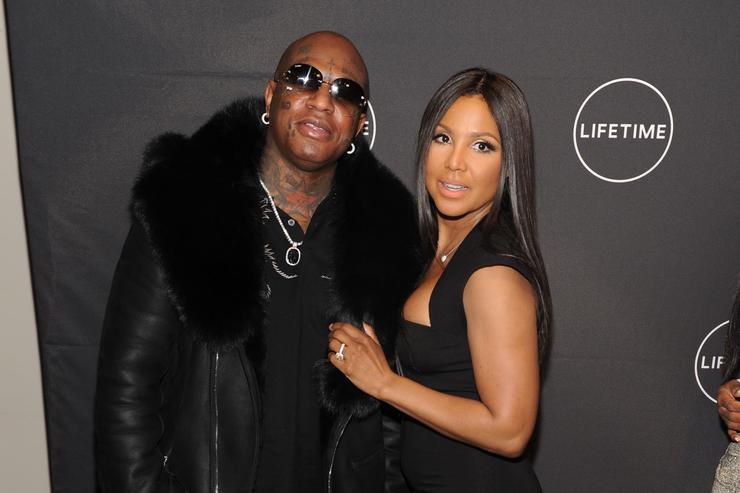